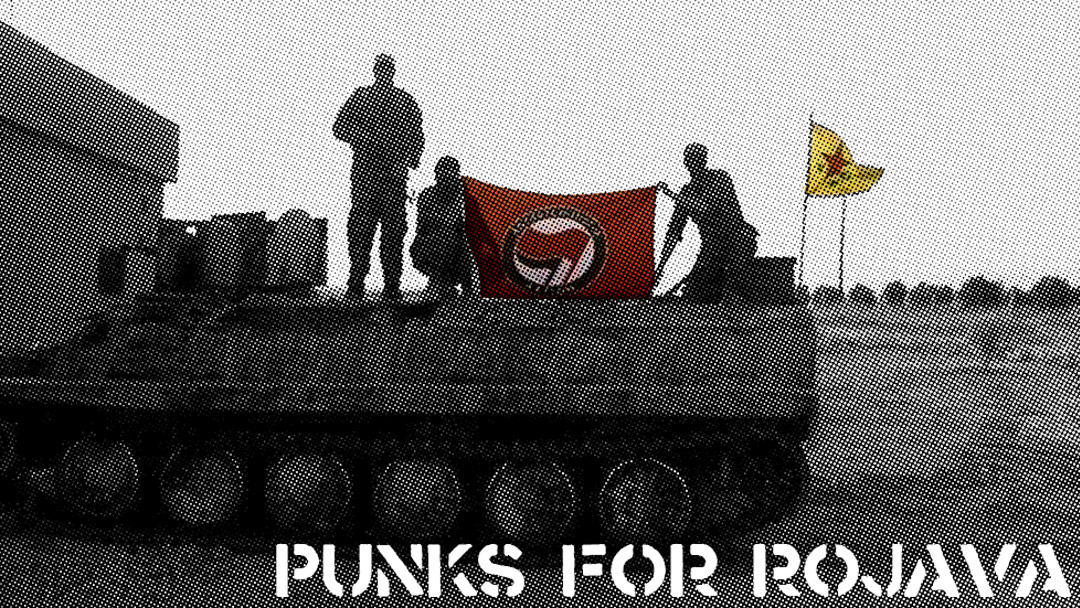 Alongside a lot of great labels from all around the world we are participating in this initiative of international solidarity.
Even though or label outcome is so far quiet small (only 1 record) we feel the importance to show solidarity to the fight against facism in Rojava from all parts of society. So here is our technopunk contribution, with our main project Black Mosquito we are contributing to this fight already in various ways, check it out.
All surplus from our record sale in the next week will be donated to CADUS e.V. and Jinwar - Free Women's Village Rojava.
Here is the call from Punks for Rojava and the participating labels:
PUNKS FOR ROJAVA! Solidarity is a weapon!
The current level of brutality in the world is shocking and leaves us speechless. As incomprehensible as it all may be, we cannot let ourselves fall into a state of shock. We need to transform our speechlessness into cries of protest. It is time to give voice to our rage and fight the conditions in the world that are making us sick and leaving others dead. It is time to take a stand!
We cannot lose our solidarity in this cold world because it is our weapon in the fight for a humane existence.
In order to help break the silence and to show solidarity with the people and the revolution in Rojava, we - a collective of DIY Record Labels from all over the world ? will be donating 25% of our proceeds in the coming week to the humanitarian aid organization Cadus and the Jinwar Free Woman?s Village. Because ours is a collective struggle.
Get active and take part in demonstrations and protests. The fascist aggression of the turkish army is also an attack upon us and our ideals.
It may seem small, but it's a start!

Chile tonight—anticapitalist demonstrators display a banner reading "PUNKS FOR ROJAVA" while they take on the army under martial law. #EvasionMasiva

Background on the Chilean uprising—https://t.co/QaGVGEHTR7