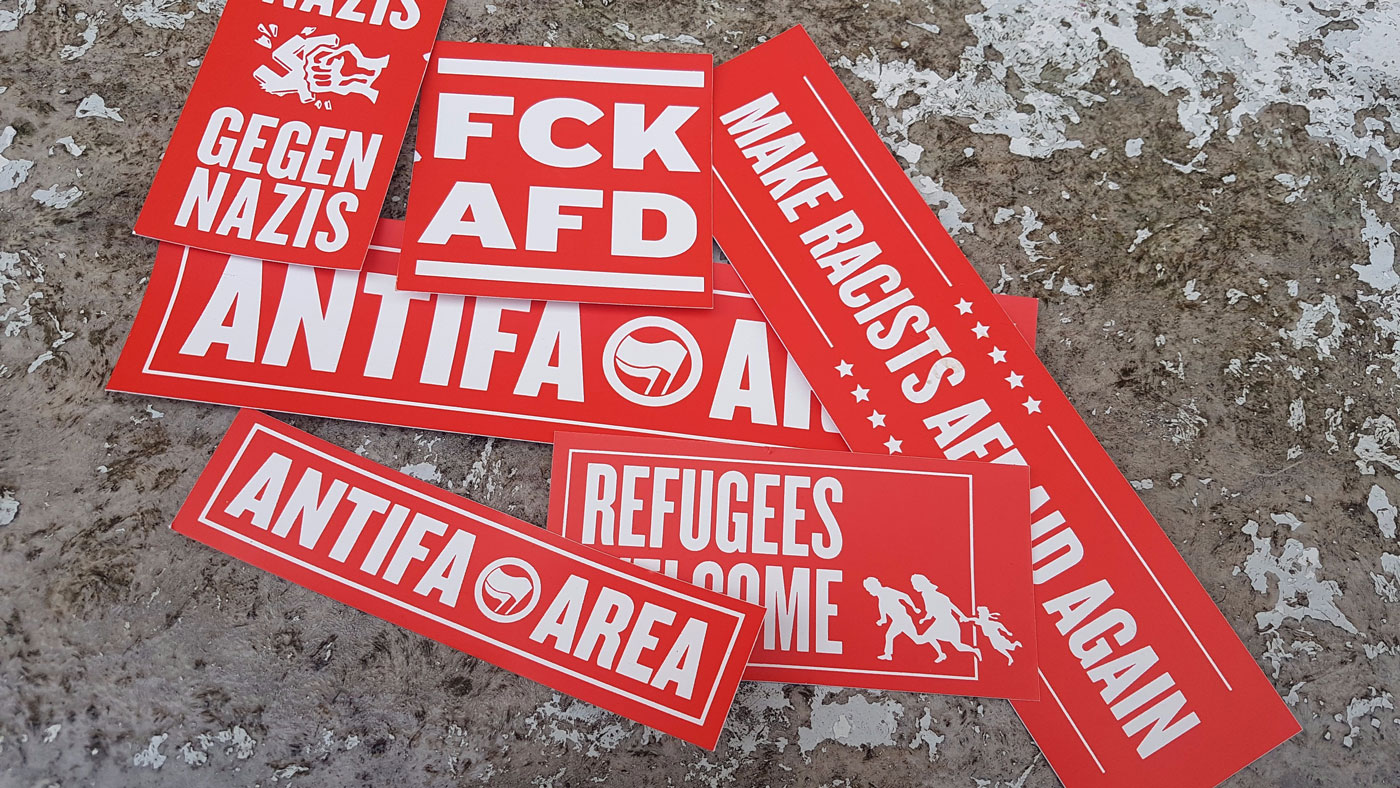 It could be worse.

...and for the first time more people against than for Pegida on the streets in Dresden; the end of the site bigger than ever; new occupations in many places, ...

So some good news, too. These fights belong together for us and it's a nice beginning that so many people go out on the streets. But this must result in more than just symbolic protest, bridges must be built and a common political practice must be built against the shift to the right and for a completely different whole. Of course, this also requires the critics* and whingers*, those who are so fond of being discredited as 'splitters'. For us, criticism and intervention - be it against authoritarian groups, anti-Semites* or religious spinners who creep into alliances - is enormously important and an enrichment. Even if it is sometimes not expressed constructively. It will also be important to learn to argue.

Sometimes one even wins - as in the Hambach Forest. At least for a short time. But that can also be the worst thing that happens to a movement! Instead of going into this further, here is simply a reading recommendation: "Why we don't make any demands".

Also with us it could run worse. Although one person's vacation is just going into the other's vacation and there are the typical autumn explanations and also the political life next to Black Mosquito - but all in all it's okay. But the shelves are stacked with the new exciting things that only want to be built into the shop. But in the next weeks we will finally find the time for it.