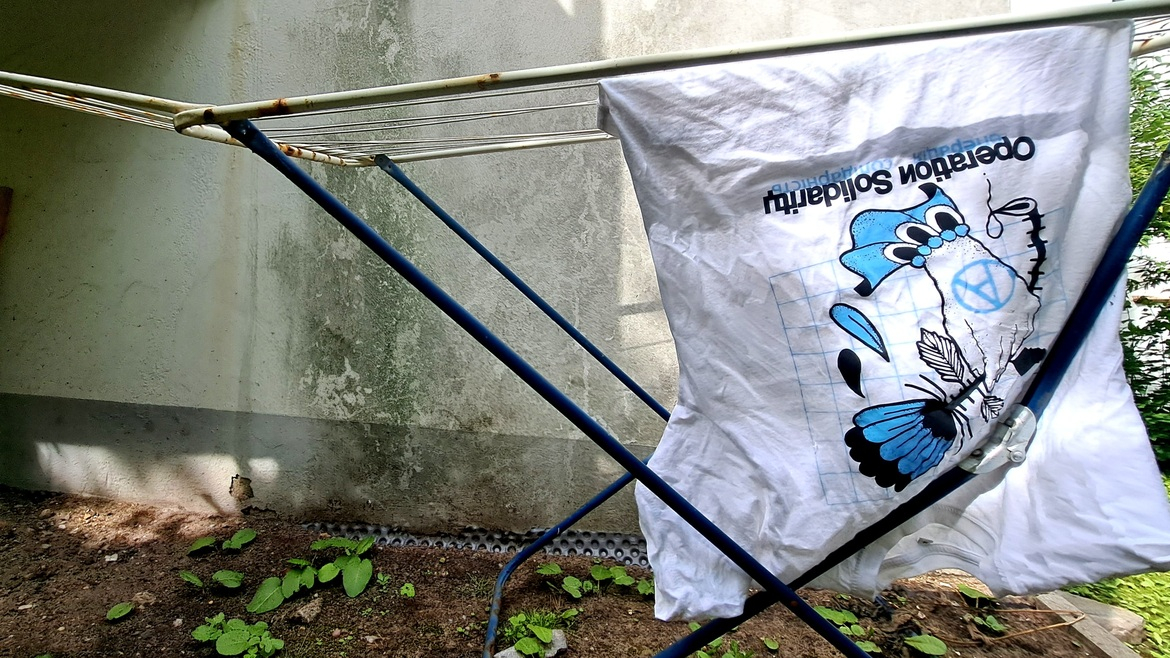 as some of you will already have noticed: Operation Solidarity is history.

We have been closely connected to this project from the beginning and have done a lot of solidarity work together with you in the last months – a big thank you to all of you who helped the whole thing by buying merch, giving ideas and spreading the word!

Since some are surely now uncertain what could have happened with the funds: on our part we can clearly and directly understand what has happened with the money that we have generated! Much went directly into infrastructure and propaganda for the campaign, was sent directly to comrades and some is still re-invested here in merchandise.

The remaining merch with Operation Solidarity imprints will be kept in the store (and phased out) and the money will be redistributed. The Goats motif has now already been converted into a soli motif for Solidarity Collectives. The stickers and posters with the Operation Solidarity address will also be phased out: they refer to the blog, which will remain as an archive and link collection. That way the web address still makes sense after the end.

Operation Solidarity has briefly represented the best that the anarchist movement / scene is capable of worldwide. On the initiative of a few people, a worldwide solidarity network was built, which did great things and was a great help to the anarchists and antifascists in Ukraine – and at the same time brought together an incredible number of people on the support level.
It is tragic that in the end it also represented the worst that the anarchist movement / scene is capable of – for example, toxic behavior and inability to resolve conflicts! We hope this will be dealt with analytically at a suitable time, beginnings for analysis (from other contexts) could be found in these texts: 'The Shock of Victory' by David Graeber or 'The Tyranny of Structureless' by Jo Freeman.

Nevertheless, it remains important right now to give our solidarity to the anarchists and antifascists in Ukraine – and we will continue to do so!

Previous Post With a 9€ ticket, lighter and beer cans across Schland
Who still has, give us!